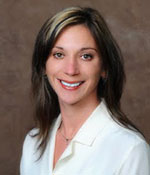 Cara Johnston has been involved in Glenn Johnston, Inc. for most of her life. After having graduated from the University of Pittsburgh MBA program Cara returned to work with her father Glenn. Cara assumed the leadership of Glenn Johnston, Inc. upon Glenn's retirement in 2005. Cara is very involved in the estimating and assessment of projects being both bid and under construction. 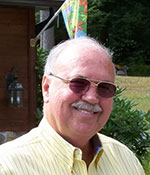 Glenn Johnston, formerly of McKeesport and currently a resident of Clearfield, PA has been honored with the ‘Lifetime Achievement Award’ by the Pennsylvania Utility Contractors Association (PUCA.) Glenn had spent over twenty years in the construction industry working for others when in 1979 he decided to found his own business. He started the business, which is now known as Glenn Johnston, Inc. with little more than himself, a pick-up truck and a heavily financed used backhoe.

It was several years before Glenn hired his first full-time employee. These meager beginnings have grown to a firm that, at his retirement 2 years ago, was employing over 70 well paid employees and had sales of over 15 million dollars a year.
However that only noted the beginning and the end of his business career. Along the way there have been many notable pioneering employment practices including: securing his employees a hospitalization insurance plan (20 years ago), an independent pension plan along with a 4- 10 hour day work week. Most of these have only recently become fashionable for politicians to talk about. Glenn also worked to better his industry by actively participating in a number of ways. One of these efforts was to become a member of the PUCA Board of Directors in 1991 and he continued in that effort until his retirement. During this decade and a half he has contributed time, money and expertise in many ways including serving as President in 1995-1996. Also during his career Glenn has been honored by being named ‘Contractor of the Year’ and twice receiving the Annual Safety Award. He also served for over ten years on the National Utility Contractor Association’s Board of Directors, two terms as Regional VP as well as Chairman of the Safety Committee and the By Laws Committee.
Glenn along with other industry leaders was in the forefront working to help re-write the Pennsylvania One-Call Law in 1996. He then went on to serve for ten years as the first Contractor member of the One-Call Board of Directors. During his participation he served on many committees including the Legislative Committee charged with the rewrite of the law in 2006 and was also Chairman of the Construction Industry Committee. It was out of the Construction Industry Committee that many of the recommendations came, several of which were incorporated in the new One-Call Law. During this period Glenn also served on the National Common Ground Study, commissioned by Congress as a part of Tea21 Highway Bill for the development of the best one call practices across the country.
Glenn has met with countless state legislators, Senators, high ranking state officials including Governor Schweiker, U.S. Congressmen, Senators and numerous federal officials in an effort to call attention to environmental needs and better make use of available funds through efficiencies in government contracting. After testifying before the Pennsylvania Legislature he was then appointed and served on that Infrastructure Task Force. He also served on Federal Highway Task Force to foster new highway construction and revitalization. Glenn currently has been utilizing his extensive background in construction and knowledge of various One-Call laws to offer his services as an expert witness and consultant in various One-Call litigations. He has also entered into local governance with his successful election to the Lawrence Township Supervisor position. In both pursuits, Glenn has continued his championing of fair, efficient, and safe practices in construction. 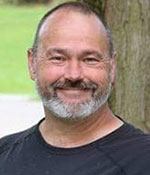 Gregg Johnston has over 25 years of experience in the underground utility industry. He has passed the contractor's exams for West Virginia, Florida, and North Carolina. Gregg's duties include bidding, one calls, heavy haul permits and contract review. In 2006 Gregg passed the Pennsylvania Bar and became the in-house counsel. 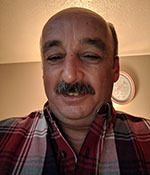 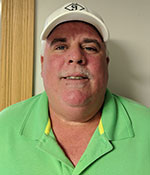